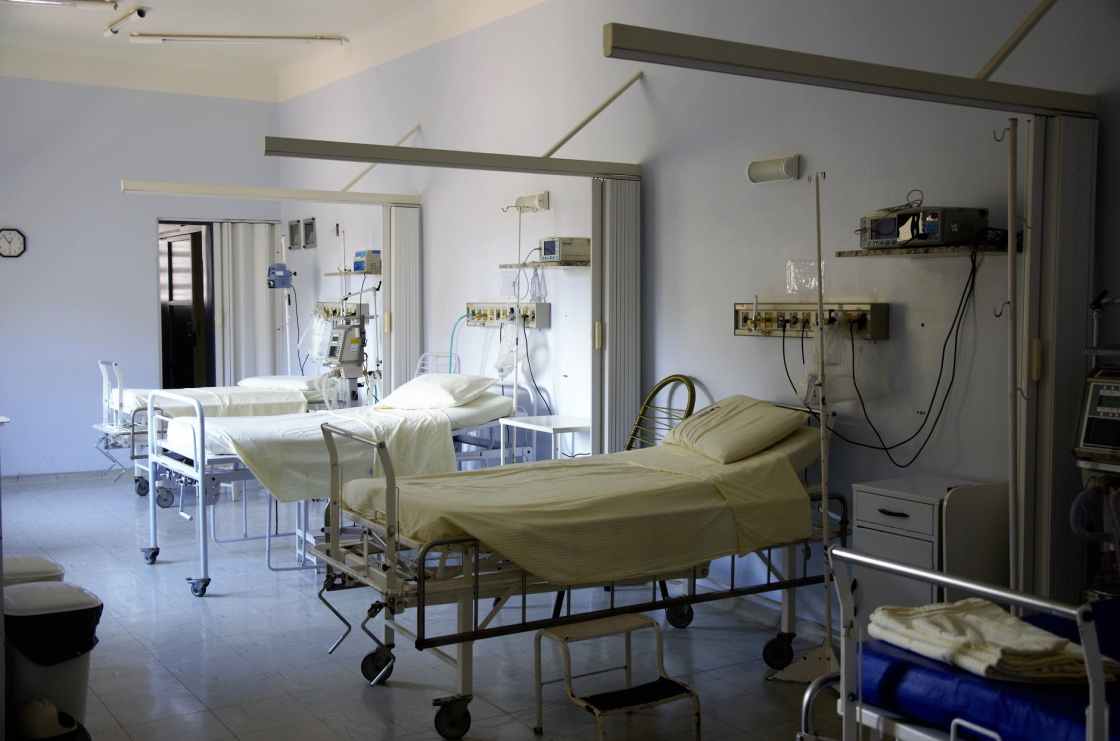 In the Dark Of the Night

Screams bounced like hyper children down the hall toward him, slamming into him every time. The heavily painted walls pressed and suffocated him, compelling him to lean against them as though he could push them back. He walked to the water machine where light from the hallway made the darkness less depressing, took a paper cup from the stack and then put it back after rotating it in his fingers, and sat down in one of the overstuffed brown chairs. He wasn’t supposed to be here. The receptionist had slammed the lights shut before leaving for the night, and he was alone. except for the young woman screaming in the maternity unit. He heaved up from his chair and stepped outside, the automatic doors hissing shut behind him.

The darkness of the night made the air seem cooler, as the darkness of the waiting room had given an impression of hot stuffiness. Logan Haldegrad tried to pretend it didn’t bug him, but he found himself shivering violently after just five steps.  In his car he left his door slightly ajar so the lights would stay on.

“Okay, God, I know we have had this conversation many times before and that we are not exactly on good terms right now, but please let Zabie be okay. I know she wasn’t very wise, but I would really like a chance to help her and I promised to take her dress shopping soon.” He didn’t say amen. The walk back to the hospital seemed longer. He surmised that as long as he was walking the panic was at considerable ease, and at least he could breathe.

They hadn’t let him in because he wasn’t immediate family, and she had never mentioned before that he was going to be there. She had been too drugged up on painkillers and mild anaesthetic’s to advocate or argue, and her lack of response had led them to believe that he was a dangerous liar. He reluctantly shuffled to the waiting room to avoid being thrown out. He had promised Zabella.

The screaming had stopped. Surprised, he stopped too. Listening. Footsteps were coming down the hall. He dove into the nearest chair and pretended he was sleeping, and acted surprised when someone shook his shoulder.

“Huh?” he asked as groggily as he could.

“You can come in now,” said the good nurse. “She really wants to see you. You are Logan, right?”

Time took on a whole new meaning as he followed the good nurse down the hall. The darkness was slowly abolished, and he wished that Elizabeth was with him. This was a big moment, and he liked to have big moments with her, to see her awed or triumphant expressions as they took it in together. He remembered with a jolt that she would not be pleased to wake up and find him gone.

No matter. She was sleeping, and he was here now. The good nurse opened the door, and he went inside.

Zabella was no longer there.

Wales – Around the World in 80 Days

#nonprofit #smallbusiness #creative #Calgary #Calgarymarketing #nonprofit #creativeservices #communicationservices #Christian #fundraising #helpingbusinessesthrive #planethope by Busayo Today we land in Wales to learn about The Message! This Christian charity is a worldwide movement whose mission is to share the love of God through the gospel. They work in schools, local communities, and prisons spreading the word of… END_OF_DOCUMENT_TOKEN_TO_BE_REPLACED

#nonprofit #smallbusiness #creative #Calgary #Calgarymarketing #nonprofit #creativeservices #communicationservices #Christian #fundraising #helpingbusinessesthrive #planethope by Busayo Traveling south today, we find ourselves in the United States of America to visit Moving Works! This organization creates free Christ-centered videos that are available for distribution to and from anybody! Their mission was founded on wanting to connect countries that… END_OF_DOCUMENT_TOKEN_TO_BE_REPLACED

#nonprofit #smallbusiness #creative #Calgary #Calgarymarketing #nonprofit #creativeservices #communicationservices #Christian #fundraising #helpingbusinessesthrive #planethope by Busayo Today, we visit Heritage Ukraine in – you guessed it – Ukraine! Founded by a family in 2006, Heritage Ukraine is a ministry that visits orphanages, at-risk children, and families, and shares God’s light and gospel with them. Heritage Ukraine is… END_OF_DOCUMENT_TOKEN_TO_BE_REPLACED