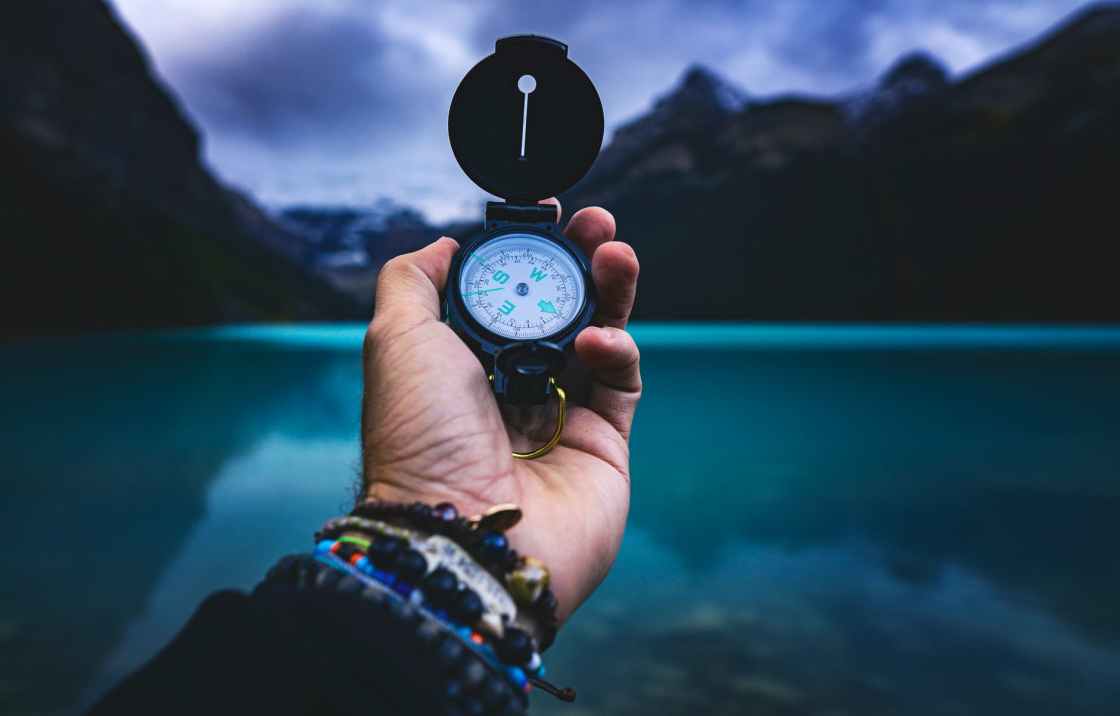 I was surprised Luke was still putting up with the new compass. If grumbling to it and banging it against trees counted as putting up with it, anyway. When I glanced over at him, he was glaring at it with murder in his eyes, and the one thing I could think was that i was glad I was on map duty this time. At least he tried; I would have given up on the thing a long time ago and went back home.

The fresh mountain air and pure sunshine up here were starting to wear off from the effect of walking in circles. Passing the tree with the words “Ray and Kelsey 4-Ever” etched on it was getting old as well. I could vaguely remember the start of this hike, three hours ago, when the ground sinking beneath my feet and the immersive soundtrack of birds in the trees felt like slipping on a pair of comfy socks. The trees made us dizzy with their height, and Luke kept telling me how old he thought each one was. Reaching the ridge of the mountain, some of them didn’t even have visible tops. They were just monster trees that went on forever. As we stared at them, Luke reached over and squeezed my hand. We hadn’t even left my property yet, but I felt it would be a nice hike. With this feeling of providence, I had reached into my pocket and pulled out the electronic GPS/thermometer/barometer/compass I had purchased at Outdoor World yesterday. I insisted that it would be fun to try something new, and he had reluctantly obliged.

Now, as “Ray and Kelsey 4-Ever” winked passed a few yards to our left for the fourth time, he turned his look of death on me.

“Danielle, this is getting ridiculous,” Luke said, bringing us both to a halt. A vein in the trembling hand he was gripping the palm-sized device in throbbed, ready to pop, “Why didn’t you bring your real compass? The one I gave you for your birthday.”

I glared back, making him rearrange his expression lickity-split. “Lucas, the PositionFinder 8000 is cutting edge. If we don’t keep up with the technology in this day and age, we’re going to get left behind in the dust. Like Mavis and Henry,” I added. They lived in a log house on the flats of the mountain and hadn’t stepped foot out of the forest for thirty-nine years. I shuddered in horror.

Luke rolled his eyes and threw up his hands. The digital compass came perilously close to falling from his grasp, though I don’t think he would have minded. “We’re not going to end up like Mavis and Henry if we use a different compass, Danielle!”

“Fine, then, give it here and let me try it.” I held out my hand. He glanced at the PositionFinder, then at the distant, distant trees, and then shoved it into my hand. I gave him the map.

I wasn’t quite sure what I was looking at on the screen of the digital compass. It was the only real source of light in this sunless wits-end of the forest. The unmarked buttons dotted in seemingly random order all over it weren’t of any immediate help, either. But I would not prove Luke right.  We had been going in wide circles; maybe if we kept walking and curving away from our path worn through the dirt, we could at least get somewhere else. Even if we didn’t find grandpa’s waterfall or got hopelessly lost,  we could go on some sort of adventure, like I promised we would this summer.

What could be more of an adventure than this thing?

Pressing buttons like I knew what I was doing, I began to walk at an angle to where we had come from. Luke was grumbling to himself again, loudly, and if I could have had one wish it would have been for my “real” compass in the kitchen drawer at home.

Half an hour later, we seemed to suddenly hit a wall of coldness. One second it was pleasantly cool in the shade of the trees, and the next step we took slapped us with arctic air. Luke’s arm exploded into goosebumps, and the shock of the cold shut him up for a minute as he untied his jacket from around his waist. In the momentary verbal silence, I heard a very distant sound like grain being poured into a silo, or the ongoing vibration of a symbol after it has been struck. The sound was so quiet that I didn’t think Luke heard it, since he was talking to himself again, so I focused my ears and kept walking in the same direction. I didn’t even notice the cold, so intent was I on proving that the PositionFinder 8000 had not been a financial faux-pas.

The ground transformed from piny-soft to rocky and slippery, and the air kept getting colder and wetter. The sound I had heard grew until it surrounded us, and I wasn’t quite sure which way it was coming from. Luke even stopped talking to listen to the great rushing noise. I could see brightness up ahead, shining through the trees. The air became fresher still, like stepping outside in the winter.

We reached the light and stepped through; I nearly went tumbling down the side of the mountain! We were right on Moose Ridge, and to our left, as promised by the map, was my grandfather’s waterfall. The map slipped through Luke’s fingers and fluttered away as he stared open-mouthed at the sparkling water. Even out in the sun, the rain-like mist kept the air colder than my deepfreeze. The water spilled from a tower of rock that reminded me of an old gentle giant from a fantasy story, quietly observing the world below in humble majesty. The water was mist by the time it was at our level, and nothing more than steam when it touched the  trees far below. Some of the water was sliding down an angled slab of rock that jutted out, not vaporizing, but creating a river that looked like a tiny ribbon from way up on Moose Ridge.

Luke reached out to touch the rainbow hovering near his face. He stared in awe at the wetness on his hand as if wondering whether he was dreaming. “Whoa,” he said, looking at me with the same gaping expression. “You actually found it.”

That’s what he was thinking about? I tore my eyes from the waterfall and fiddled with the PositionFinder, smiling a bit too wide and not meeting his eyes. “Yeah, well, it wasn’t that hard, right. You just need to have the touch.”

He draped an arm over my shoulders. “Well, I didn’t think you could do it, not with that miserable piece of junk. I’m proud of you.”

“Yup,” I said with a grimace. “Isn’t this great?” This was the place where my grandpa used to take my grandma for picnics; they were always saying that Luke and I should hike here one day.

“Yes, I’m proud of you,” he said again, shaking his head.

I rolled my eyes. “Not me, Luke, the falls. Grandpa wasn’t kidding when he said it was the perfect picnic spot.”

Grinning, he took a big breath of the misty air, tipping his face to the spray. We were getting soaked, just standing there. I finally put on my jacket. His blond hair was nearly black.

We found the steep path that led to the top of the waterfall, where grassy flattops flanked both sides of the river mouth. The view was as breathtaking from the top as from the side, and it was warm, too. It felt like the world was pulling farther away as I stared over the edge at the toy-like trees and that little river. Luke swayed on his feet slightly, peering down like that. He was like a child seeing snow for the first time. The mountain water was amazingly clear, like liquid crystals. The river was rushing by so fast that any silt had long since been carried over, and only shining stones remained. There was nothing to say as we took it all in; the vista was everything we could have said, personified. It was its own exclamation point. We lounged in the gloriously soft grass, teasing our feet with the icy water. We always kept the edge in sight, indulging in stolen glances.

Smiling placidly, Luke picked up the digital compass. “Maybe this thing isn’t so bad,” he said. I bit my lip, making circles in the water with my foot. “I’m sorry I snapped at you about it; I guess you really do have the touch. We’ll definitely use this one next time!”

#nonprofit #smallbusiness #creative #Calgary #Calgarymarketing #nonprofit #creativeservices #communicationservices #Christian #fundraising #helpingbusinessesthrive #planethope by Busayo Traveling south today, we find ourselves in the United States of America to visit Moving Works! This organization creates free Christ-centered videos that are available for distribution to and from anybody! Their mission was founded on wanting to connect countries that… END_OF_DOCUMENT_TOKEN_TO_BE_REPLACED

#nonprofit #smallbusiness #creative #Calgary #Calgarymarketing #nonprofit #creativeservices #communicationservices #Christian #fundraising #helpingbusinessesthrive #planethope by Busayo Today, we visit Heritage Ukraine in – you guessed it – Ukraine! Founded by a family in 2006, Heritage Ukraine is a ministry that visits orphanages, at-risk children, and families, and shares God’s light and gospel with them. Heritage Ukraine is… END_OF_DOCUMENT_TOKEN_TO_BE_REPLACED

Uganda – Around the World in 80 Days