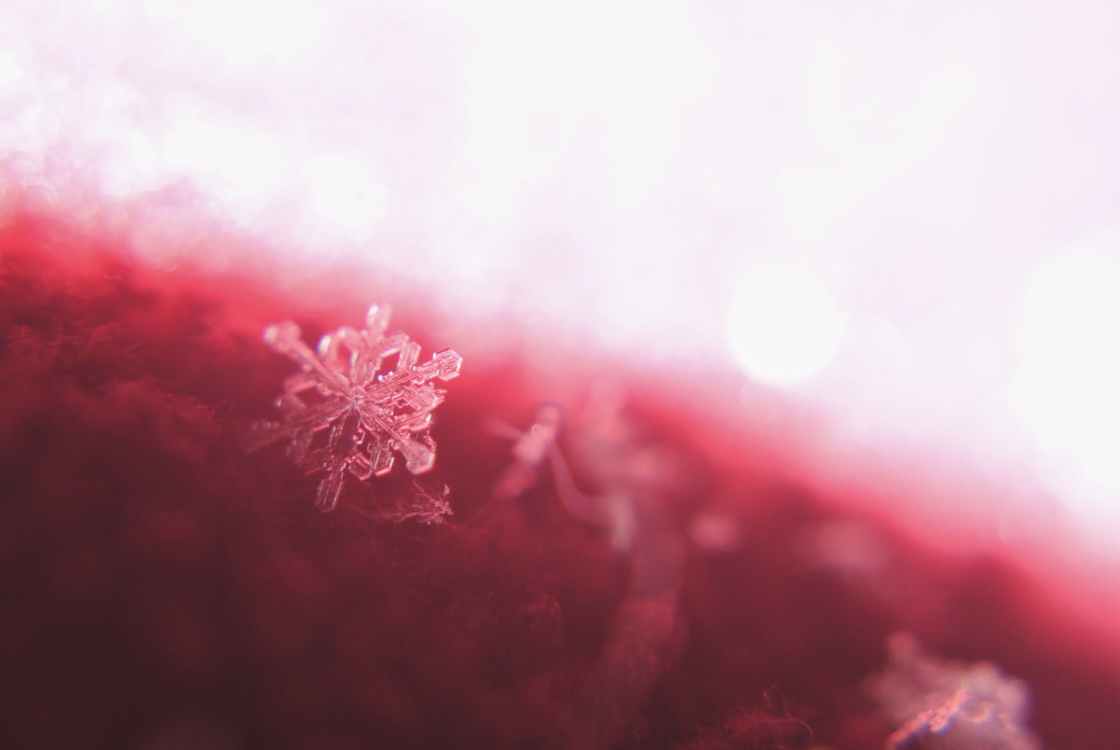 The events of the first scene of Act III are the crossroads where the tragedy of all major deaths in the story could have been avoided, where characters blindly take the path of revenge and destruction. Satisfying prerogatives took precedence over good judgement. After Romeo kills Tybalt to avenge Mercutio’s death, he cries out that he is “fortune’s fool”, though Mercutio and Tybalt’s deaths had nothing to do with luck. Choices by Mercutio, Romeo and Tybalt, against advice of peacekeeping, cut short their futures. Tybalt’s death at the hand of Romeo was evaded at the beginning of the play, yet he doggedly seeks out his slayer. Having been restrained when he saw Romeo at Capulet’s party, Tybalt is now on the prowl for Romeo. From the beginning when Mercutio and Benvolio are out walking, Benvolio wants to leave the streets, predicting that the heat and the mingling of rivaling parties were the kindling and the spark for a fire. Ignoring the request, Mercutio turns the conversation into a case for Benvolio’s equal aptitude for a hot temper, despite his outward geniality. Mercutio proudly deflects accusations and the grip of fear, rashly challenging Tybalt when he feels that his friend Romeo’s honour has been insulted. For Mercutio there can be no honour in seeking peace with the enemy, in turning the other cheek. Truthfully he is a believer in eye-for-an-eye justice, though he doesn’t consider that the cost of Romeo’s pride might be several lives. He blames Romeo and the Capulet-Montague Rivalry for his death, even though he is one of the strongest activists of the rivalry in his insatiable hatred for Capulets. Mercutio forgets that he prodded Tybalt until the fight was dragged into existence, and refused to respond to force and pleading on Romeo’s part to cease the duel. Nearly every action on Mercutio’s part in this scene was to the effect of orchestrating his own death. Romeo in turn forgets his initial words of camaraderie toward Tybalt in exchange of revenge for his friend’s death, overlooking the result of Mercutio’s attempt to salvage Romeo’s honour. Romeo kills Tybalt and doesn’t even pay the lawful consequences; if anything, fate is working in his interest to keep him from harm, but he squanders every opportunity to make a good decision. He deliberately centres his actions around his fleeting emotions: “Away to heaven, respective lenity, and fire-eyed fury be my conduct now.” Romeo works against every good thing that happens to him, and every bad thing that doesn’t happen to him. As Mercutio conducts himself according to his pride, Romeo acts according to whatever emotion he feels at the time.  The characters continue to lead the story down dark roads.

Juliet’s fake death in the final two scenes of Act III shows the effects of un-virtuous decisions ignorant of circumstances unseen and unforeseen. For Capulet, Lady Capulet, and Paris, Juliet is instrumental to their success and happiness. “Uncomfortable time, why camest thou now to murder, murder our solemnity?” Capulet cries when he finds that Juliet is “dead”, and indeed, her faked death is the result of untimely circumstances and will set the circumstances for deaths later on. How is Capulet to know that moving up the date of the wedding will have such disastrous effects? Capulet’s motivation is to accumulate social wealth, perhaps to put himself above Montague, and marrying his daughter to a relative of the prince is a step in a desirable direction. Though Capulet claims that “My top priority has always been to find her a husband,” social prominence is the dominant priority in Capulet’s heart. He thinks he has complete control over his daughter’s will. “I think she will be ruled in all respects by me,” he proclaims to Paris. Lady Capulet claims that Capulet arranged the sudden marriage to help Juliet through mourning, to make her happy through love. Capulet and Lady Capulet prove to think little of their daughter’s happiness. Since Capulet is more concerned with pleasing Paris than his daughter, instead of accepting Juliet’s rejection he calls her names and outright refuses to listen to her point of view. Ironically, Juliet remarks to her mother that “This is a strange rush. How can I marry him, this husband, before he comes to court me?” (translated by SparkNotes Literature Guides). However, why is Capulet adamant that the wedding take place in three days? He is concerned that people will think the Capulets did not care about Tybalt, and Capulet reasoned that “Wednesday is too soon,” but Thursday may as well have been Wednesday. What difference will one day make that Paris and Juliet are not married? Capulet, the adult, consults Paris, a youth, on the timing of the wedding, though they are equally enthusiastic. Unbeknownst to them, somewhere else in the city of fair Verona, an infectious plague will result in an untimely quarantine that will lay the foundation for the deaths of Paris and Juliet. Juliet is rightfully dead to everyone except Friar Lawrence, and she never sees Paris and her family again. The sadistic toil of fate could be imagined here. Perhaps if Capulet and Paris had been willing to move the wedding date even a few days later, Friar Lawrence and Juliet’s scheme wouldn’t have gone so awry and the winter storm could have died in place of Romeo, Juliet and Paris.

The Final Act presents the fruits of leagues of bad timing and completes the demonstration that reactive plans are no way to unknot complex kinks in time. Big secrets withhold circumstantial information from third parties to take into account when making decisions. Friar Lawrence was ordinarily a wise and careful character who advised Romeo, Juliet and Paris against hasty decisions, especially related to marriage. Why did he contribute to the haste? He wants to make progress on assuaging the Capulet-Montague Rivalry and allows Romeo and Juliet to convince him to marry them despite the circumstances. The feud has been going on for years, what is the difference in even a few more months delay? Yet the Friar marries them. The legal and spiritual matters of Act V are more important than the remedy of teen angst in Act II and are a more appropriate setting for such a risky plan. Still, the exercise of careful thought to achieve desirable ends comes too late. Previous mistakes are all converging, colliding in an acute detonation. If Romeo had learned from the consequences of his numerous actions devoid of consideration, suicide wouldn’t have been his immediate reaction to Juliet’s death. Maybe if Friar John had simply delivered the letter without seeking company, the matter would have turned out as planned, deterring three more deaths. Romeo’s murder of Paris is an enantiomer of Tybalt’s murder. In another feud-duel Paris dies, and Romeo has the blood of two of Juliet’s relatives on his hands. Again Romeo claims to love someone of the Capulet house, and within the scene kills him to whom the love was directed. Again, looking upon the face of the one he has slain, Romeo bemoans his luck: “O, give me thy hand, one writ with me in sour misfortune’s book.” After Romeo’s second murder he enters the tomb and is too inconsiderate to speculate on Juliet’s state for very long: “There is still red in your lips and in your cheeks. Death has not yet turned them pale…Ah, dear Juliet, why are you still so beautiful?” He doesn’t stop to wonder at how she died, is only plagued with insanity that she is dead. If events preceding Romeo’s death, such as the fight with Paris and Romeo’s short search for poison in Mantua, had accumulated a sufficient half-hour delay, Friar Lawrence might have arrived at the tomb in time to meet Romeo. “How long hath he been there?” asks the Friar of Balthasar, to which he replied, “Full half an hour.” As always, delay would have been favored but ironically a little haste also in the case of the Friar. A lesson belatedly practiced and a turn of events in a most untimely fashion. The moaning winter drapes its chilling darkness over Verona.

From the beginning of the story, the Prince of Verona predicts that “If ever you disturb our streets again, your lives shall pay the forfeit of the peace.” In the course of these events, where are the star-crossed lovers and their “misadventured overthrows” described by the Chorus and made famous? Where is fortune’s tastelessness? Of the five dead youth, one murders two others, two are their own murderers and three are the instigators of their murderers’ fatal rage. A tangled sum, yet all parties are slain by each other and themselves. The play proves the human command of their futures, but their abuse of the responsibility leaves a legacy of death. The deaths of those so-called “star crossed lovers” are because of their ignorance and refusal to learn from their mistakes, to think critically and act in the best interest of themselves and those they care about. When faced with an issue, the characters repeatedly act out in destructive ways, and what can this result in other than destructive ends? Sometimes it cannot be known how the timing of actions will interact with the timing of other events. Romeo and Juliet is a story not of the “bad luck” of falling in love with someone whom you are supposed to hate, but of the dangers of immaturity at critical times.

Wales – Around the World in 80 Days

#nonprofit #smallbusiness #creative #Calgary #Calgarymarketing #nonprofit #creativeservices #communicationservices #Christian #fundraising #helpingbusinessesthrive #planethope by Busayo Today we land in Wales to learn about The Message! This Christian charity is a worldwide movement whose mission is to share the love of God through the gospel. They work in schools, local communities, and prisons spreading the word of… END_OF_DOCUMENT_TOKEN_TO_BE_REPLACED

#nonprofit #smallbusiness #creative #Calgary #Calgarymarketing #nonprofit #creativeservices #communicationservices #Christian #fundraising #helpingbusinessesthrive #planethope by Busayo Traveling south today, we find ourselves in the United States of America to visit Moving Works! This organization creates free Christ-centered videos that are available for distribution to and from anybody! Their mission was founded on wanting to connect countries that… END_OF_DOCUMENT_TOKEN_TO_BE_REPLACED

#nonprofit #smallbusiness #creative #Calgary #Calgarymarketing #nonprofit #creativeservices #communicationservices #Christian #fundraising #helpingbusinessesthrive #planethope by Busayo Today, we visit Heritage Ukraine in – you guessed it – Ukraine! Founded by a family in 2006, Heritage Ukraine is a ministry that visits orphanages, at-risk children, and families, and shares God’s light and gospel with them. Heritage Ukraine is… END_OF_DOCUMENT_TOKEN_TO_BE_REPLACED